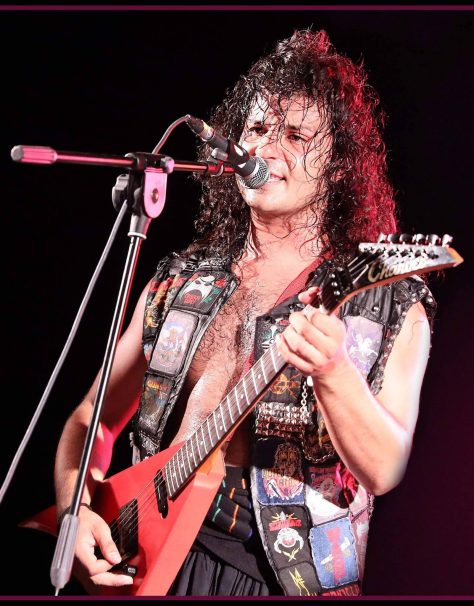 Panayiotis Xanthou
Bachelor of Arts in Music
lost80sboy@live.com
+357 99870995
www.kth-music.com
Born on August 22, 1988, in Melbourne, Australia. His family moved to Cyprus, father and mother homeland, when he was eight months old. As a child, Panayiotis loved music and he started bouzouki lessons at the age of 9. Music filled the home as his sister Efi practiced piano and his brother George guitar. When Panayiotis was 12 years old he started violin lessons and when he was 15 years old he began playing violin in Cyprus’s youth orchestra. At the meantime at age 12 he was self taught electric guitar, inspired by his older brother George’s mastery of the guitar.In 2005 Panayiotis enters to the University of Nicosia symphonic orchestra as violin player. In 2009 participated as a ConsertMaster(Leader) of the orchestra with the “Youth Symphonic Orchestra Manheim” in two concerts in Germany. (a) Konkordienkirche Manheim (b) Peterskirche Heidelberg. One year after in 2006-2007 he served the National Guard of Cyprus. In 2007-2008 he served the Military Band of the National Guard of Cyprus. In 2008 after he finishes the army enters with one year full scholarship in University of Nicosia in the Music Department. At the end of his first year Panayiotis was awarded with Marios Tokas award for being the best 1st year student of the Music Department. Panayiotis earned a Bachelor of Arts Degree in Music Education from the University of Nicosia Cyprus in 2012. Panayiotis is a founding member of the heavy metal band R.U.S.T. and main organizer of Power of the Night Festival. The band recorded one extended play (EP) Cd with 4 songs in 2007 and their first full length album came out in 2011.He also played guitar with the band “Arrayan Path” in two concerts Up the Hammers 4 Festival (Athens) and Power of the Night 5(Cyprus).
Education
Bachelor of Arts in Music
University of Nicosia
Grade 8 Guitar of Rock School
Kth-Music Research LTD
Music Department of the Cyprus National Guard
Grade 8 Violin of Royal Schools of Music
Kth-Music Research LTD
Music Software
Performances
Musical Skills
Guitar (Classical & Electric)
Violin
Music Theory
Rock/Funk Ensembles
Musical Skills
Guitar (Classical & Electric)
Violin
Music Theory
Rock/Funk Ensembles
lost80sboy@live.com
+357 99870995
www.kth-music.com