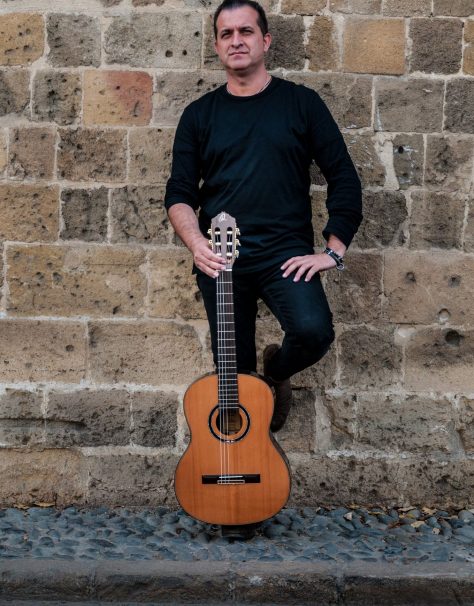 Kyriacos Hadjittofis was born in Famagusta Cyprus and began his musical studies at the age of eleven, on classical guitar, theory, harmony and counterpoint. During his military service he became a member of the military band, playing guitar and euphonium. In 1991 he was assigned as a guitarist at the CYBC. At the same time he performed live as a guitarist until 1996, while continuing his studies in classical guitar, jazz guitar and jazz harmony with Ramzi Michael and Giannos Savvides. In January 1996, moved to the US where he continued his education at the Aaron Copland School of Music-Queens College, of the City University of New York. In 1998 becomes a member of the Golden Key National Honour Society, and in 1999 gets his B.A. with honours in music.As an under-graduate studied classical guitar with William Matthews. Later on at the Hunter College of the C.U.N.Y. studied under the supervision of composer Shafer Mahoney (Professor at Julliard) and in January of 2001 gets his Masters in Composition. During his five year stay in New York, also studied jazz and Blues guitar and Bass-guitar, ear training and improvisation with and Richard Boukas and Kevin Allen at the New School Jazz Department. Meanwhile, with the “Microcosmos” band of Gregory Maninakis, got the chance to play guitar and bass extensively in the New York area and other states in places such as, the Alice Tully Hall of the Lincoln Center, the Manhattan School of Music and Columbia University. 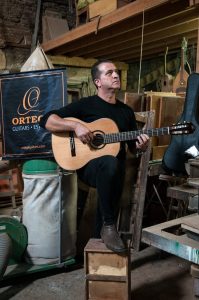 In New York he cooperated with pianist Glafkos Kontemeniotis and drummer Manos Papagiannakis with whom they recorded the CD “Music of the Wings” (Anakreon). The cd was promoted by the Ministry of Culture and Education. “Music of the Wings” represented Cyprus in an EU exhibition in Cannes France in January 2008. Kyriacos has been student of a number of world class musicians such as Sol Berkowitz, Bruce Saylor, David Gagne, Edward Smaldone, Henry Burnett, Harold Rosenbaum, Sir Rolland Hanna, Jimmy Heath and Maestro Maurice Peress. He is the president of KTH Music Research Ltd where he teaches classical and electric guitar. Kyriacos, is teaching electric bass, electric guitar , and a chamber ensemble at the European University Cyprus from January 2011. In 2015 he started collaborating with the University of Hull/Leeds College of Music and has taught Jazz Guitar in the Graduate Music program. Also from 2015 he is working as a part time Bass Instructor for the Ministry of Education afternoon program. Moreover, he has played in the new record release Destiny Riders of the band R.U.S.T.X. He is the founding member and director of the Blues/Funk/Rock band called The HotRods in which they have been recording and performing. Kyriacos as of October 2017 he is sponsored and endorsed by the world renowned ORTEGA Guitars. Link: Ortega Guitars
On March 13 2018 he reunites with ex Anakreons' band member Jazz Pianist Glafkos Kontemeniotis who is based in New York and record piece "Mudang.

As of January 2020 Kyriacos is Endorsed and Sponsored by the Godin guitars.